An interview with Paul Thomas Anderson

Read an interview with Paul Thomas Anderson, director of The Master, at the Huffington Post:

"The Master" is a movie people are going to be talking about for a long time. Paul Thomas Anderson's haunting meditation on friendship, manipulation and man's desperate search for sanity is more enigmatic than his earlier films -- it neither grabs you by the throat, like "There Will Be Blood," nor twirls you around the dance floor, like "Boogie Nights." When it screened at the Venice and Toronto film festivals, the general response was: Whoa, I'm going to need to see that again. 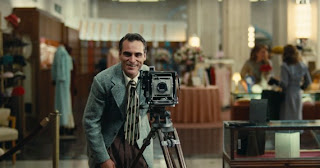 Our next sciSCREEN will follow the 5.45pm screening of The Master on Monday 10th December. Themes to be explored in the post-film discussion include post-traumatic stress disorder, the curious appeal of new religious movements, alcoholism, and the portrayal of mental illness on film. Tickets to the film can be bought from Chapter. The post-film discussion is a ticketed event. Tickets are free, and are booked seperately either over the phone (02920 304400) or in person at Chapter.

This Cardiff sciSCREEN event is sponsored by the Cardiff School of Social Sciences.