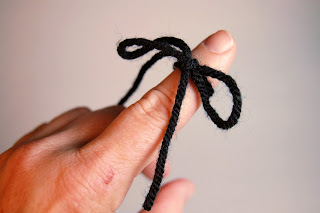 Often there is a very negative image associated with Alzheimer’s disease. People believe that once a diagnosis has been made there is no possibility of any future quality of life and it marks the final decline into dementia and death. The changing age make up of the UK and high profile cases such as that of Terry Pratchett have raised awareness of the diseases of memory and made people realise that it is often an integral part of the ageing process with which many of us will become increasingly familiar. As more and more of us have experience of the “treatment” and care of family and loved ones with diseases such as Alzheimer’s it will force us to confront some challenging philosophical, ethical and moral issues.

Memory is central to who we are, to our whole identity. Through memory we know who we are, where we have come from and why we are who we are. Memory is the repository of the knowledge of our friends, our families, our achievements and our failures. To experience lapses of memory can cause frustration and embarrassment: whether it be that name or fact on the tip of one’s tongue but still eludes the brain; or the deep embarrassment that sometimes can be the aftermath of a night of revelry where we don’t remember what we said or did, but we know that a number of people are no longer talking to us!

It is through memory that we construct our whole narrative as to who we are - what Raymond Firth called autobiognosis where we try to impose an order on sometimes random developments, to help us understand who we are in the world around us. Memory loss, particularly of the type portrayed in this film, is a disease of old age. As so many more of us are living longer, there is much more chance that we are going to have direct experience of such diseases either as sufferers ourselves or as carers.

The care and “treatment” of those experiencing particularly advanced forms of diseases such as Alzheimer’s, and others associated with memory loss, pose some interesting philosophical and ethical considerations. Although it is to be expected that most of us should want to “retain our faculties” for as long as possible, what is the duty of care when an individual reaches a point where they can no longer retain the grasp on “reality”, whatever that might mean?

Many people with advanced stages of Alzheimer’s psychologically return to an earlier period of their own life where often they can lead quite contented lives. They might not recognise their own sons or daughters (which of course can be very upsetting for these offspring) but they are convinced that they are visited every day by their long dead mother. Another behaviour, often associated with Alzheimer’s, is that people want to be on their feet and wandering. Sometimes individuals can be doing this for 20+ hours a day. What are the duties and what are the difficulties of care in situations like this? Should the individual be allowed or even be encouraged to live in this separate reality or should efforts be made to bring them back to the reality as experienced by most of society? Should they be allowed to wander? They could fall or become lost, but surely to restrict them can be seen as a restriction on their personal liberty.

More contemporary approaches to the treatment of Alzheimer’s are aimed at helping individuals and families live with the condition and advocate that it is unnecessary to cause distress by well meaning attempts to remind the sufferer of what they have forgotten. Trying to bring people back to “reality”, known as reality orientation, usually results in the sufferer becoming more distressed. The more contemporary approaches aimed at managing Alzheimer’s advocates exploring the emotional places where sufferers liked to be, stored in the long-term memory and then using this as a context, which enables them to live almost all the time in a happy place, making a present of the past.

To understand the nature of Alzheimer’s and other diseases of memory it is useful to use the analogy of a photograph album. If you think of the individual photographs as memories, then in a healthy individual the album is full. But in Alzheimer’s sufferers, many new experiences fail to get stored as photos in the album at all. In learning to manage the condition, memory prompts are used to help the individual reach this happy place so if somebody used to work on the railway, for instance, a clock and photographs of trains could be used in this process. Living this happy way can alleviate distress and create a sense of well-being and contentment rather than the rage, confusion and helplessness triggered by more conventional responses to dementia. Such an approach can help to avoid the hellish image of existence often associated with Alzheimer’s; it is possible to create a contented dementia which promotes a sense of well-being for the rest of the patient’s life. Does it really matter if they believe that a dead relative is alive or if they think that they are at the airport when they are actually shopping in the supermarket? What is more important is the wellbeing of the individual and also that that individual and their family are able to manage their condition and surely such an approach is preferable to smothering the patients with excessive medication.