How poetry makes us remember but also allows us to experience as if for the first time - clare e. potter

‘You do love words, don’t you?’
‘If one doesn’t have words how does one think?
In her book, I Could Tell You Stories: Sojourns in the Land of Memory, Patricia Hampl says:

'How uncanny to go back in memory to a house from which time has stolen all the furniture, and to find that one remembered chair, and write it so large, so deep, that it furnishes the entire vacant room. The past comes streaming back on words, and delivers the goods it had absconded with.'

I am fortunate in that I have not experienced first hand a loved-one afflicted with Alzheimer’s and it is a topic about which I know very little. I know the frightening experience of sleep-depravation having absconded with my thoughts and some external force, it felt, holding the brakes between my thinking and speaking; I’ve had two children in the last few years and on countless occasions entered a room, stood and muttered ‘Something and something and something and something,’ as if by the repetition I might synchronise the thought, the acknowledgement and the verbalisation. Of course, this was not serious, it was not illness and it has, mostly, passed. I now take for granted that I can say ‘Pass the remote’ rather than ‘Pass that square button thing to overlap the television.’ But I realise that that feeling of paralysis, that inability to articulate or even to know what it is one wants to speak of is exactly what it is to be a poet (or at least, my experience as one).
I don’t believe I write poems because I have an extraordinary vision or a gift to weave language, I write precisely because I am chasing words, trying to pin down, to find what it is I want to express. I live with a profound feeling of being unable to communicate and have always had dreams of opening my mouth to speak and mud spewing out or that I have to pull endless rags from deep beyond my throat from some place that understands to speak with words and rhythm and meaning is a responsibility. It is as if I am trying to navigate the spaces between the something and the something and the something, and much of my poetry focuses on this. 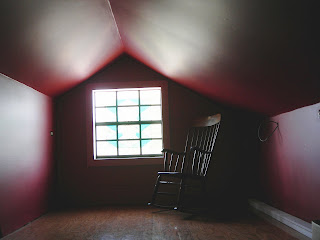 Many poets have documented the terror of being unable to speak (and of course the compulsion to tackle the limitations of language). ‘In poetry, one is wrestling with a god’ said Stephen Spender. Why is this? What does this mean, this feeling I understand which seems ridiculously grandiose. ‘Plath put her faith not in religion, but in language, in the struggle to say it.’ And that is the gift, being within that struggle, being within that ‘god space’ and bringing some part of it back in poetry. I know there are poems I am working on and poems that are working on me and it is intensely agitating but then when the poem is written, it is like the room is furnished and one can leave it for another to enjoy or add their own delights to.

In the same way I let go of a poem I have written, I do so with poems I have read and cherished and when I re-read them, it is like being immersed in the experience again as if for the first time. How is this? There are poems I have taught for 15 years and then out of the blue something new shifts into focus, slips out of focus, the poem opens up again. How does this happen? Reading poetry is not passive, we are not recipients of some writer’s great insight, we bring meaning depending on our own experience, intuition, psychic energy, intellect, and as we change so does our understanding, our questioning of the poem in the space of our life at that particular moment. Poetry ‘comes in contact with the indefinable’ and in a way that moves beyond language, is able to make that memorable while being experienced; and after, evaporates. Plath talked about

'A consuming love . . .of the clean unbroken sense that the rocks which are nameless, the waves which are nameless, the ragged grass which is nameless, are all defined momentarily through the consciousness of the being who observes them. '
In poetry there is immediacy. A poem makes present that which has been realised and is imbued with energy of the poet’s encounter with and wrestling of some small truth. We know this to be true, we can read a centuries old verse and still feel the pulse of the poet’s desires, the depth of grief and delight in the work because it captures a spirit of a moment with more than words, affecting the reader (and writer) on a cellular level, and on levels we are not aware of when we are transported by a poem into some part of us we had forgotten or did not know we knew (Robert Frost has spoken to this, ‘People forget and poetry makes you remember what you didn’t know you knew ). You can say, ‘I love the song, O Mio Babbino Caro,’ but saying that, knowing that will not give you goose pimples, nor make you weep, nor reconnect you with your grandmother who sang this one Sunday wearing odd slippers. But when you hear the song sung, when you sing the song, something in the exchange between you and the energy of it will evoke emotion. And of course there is the song in poetry, in the music of the words, in the breath of it and you in one moment as you read it. And as you read you are not confined to the moment the poem describes, but also are cast back into memories you have not before remembered. I have seen, in writing workshops, older people who struggle with memory, read something, begin to write and as they write they open up a floodgate and more comes.

But we do not read a poem in the hopes that it will unlock something in our own memory, nor do we write in order to uplift or enlighten. We write to capture feeling, we read to feel and to be connected beyond time’s passing, despite the theft of memory to the part of ourselves which is always totally within the present.

Last week I met a man whose wife has Alzheimer’s. I tried to sympathise, said the usual blundering things, ‘It must be difficult’ ‘Do you have any support?’ ‘It must be as if you lost her years ago.’ ‘Mostly,’ he said. ‘she’s vacant but there are those moments when I get her up dancing or I’m tickling her and she laughs and I see the shine in her and I have her back for a bit.’

Further Reading:
A conversation between John Bayley and Iris Murdoch in the film, Iris, Directed by, Richard Eyre, 2001.
Hampl, Patricia, I Could Tell you Stories: Sojourns in the Land of Memory. London: Norton, 2000

‘The Making of a Poem’ Stephen Spender in The Creative Process: Reflections on Invention in the Arts and Sciences UP California, 1985.

Paul Valery, ‘The Course in poetics: First Lesson’ The Creative Process.
Posted by Jamie Lewis at 06:39 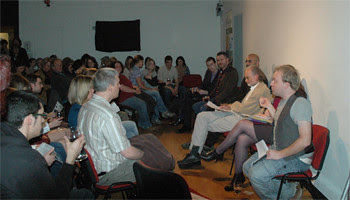