The big reveal at the midpoint of the film ‘Moon’ is that Sam is some sort of clone, one in a series of clones that are activated, do their jobs and wear down before being ‘disposed of’, at which point the next clone is activated to take over, and on it goes. The intrigue occurs when a clone is activated activated while the previous one is still active, and this revealing the whole set-up to both of them.

The way this system is maintained seems to hinge on the fact that each clone, upon ‘activation’ (for want of a better term) has a full set of memories, believing they are the original Sam, and have just woken up after a nasty crash. They haven’t though, they’ve just come out of storage. But this single element gives us a lot of information as to how this cloning process does, or perhaps doesn’t, work.

Typically in sci-fi, a clone is what you get when you take DNA from an individual and use that to create a whole new human with their exact same DNA. But as even real life cloning experiments demonstrate, you don’t end up with an exact copy of the original person; you get a separate, independent organism that just happens to have identical DNA. Your DNA doesn’t have 100% influence over your eventual form, there’s a lot of nurture to go with the nature in something as complex as a human. 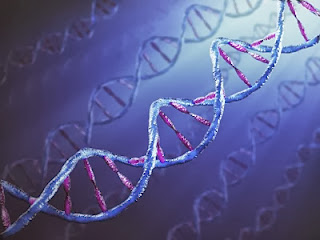 But the Sam clones in Moon are identical, right down to their memories. And this is where it gets intriguing. DNA contains a great deal of information about us, but it doesn’t include memories. You get half your DNA from your mother, half from your father, but you aren’t born with half their memories in your head.

The most ‘logical’ explanation would be that the cloned bodies are created and matured to the point of adulthood, then the original Sam’s memories are downloaded into them, like an operating system onto a hard drive.
But this takes the common ‘brain as a computer’ cliché a bit too far. The physical support mechanism of memories, as far as we can tell, is synapses and the configurations of connections between neurons. To ‘download’ and ‘edit’ a human memory like you would a computer hard drive, you’d need the ability to actually decipher what memories specific neuronal connections represent and to manipulate these connections to form specific new ones. At present, we’re nowhere near this level of neurological manipulation. It’s hard to say if anyone is even attempting it, so unlikely does it seem to modern science.

This isn’t to say that the futuristic society of Moon won’t have this ability, but it seems unlikely, due to one undeniable observation; the clones all believe they are Sam, and whoever is in charge of the base has gone to very elaborate lengths to ensure that this delusion is maintained. There’s a whole ‘malfunctioning communication’ scenario set up to prevent him contacting his family, rules are in place to stop him wandering into more revealing areas. But if whoever is behind the whole system has the technology to manipulate the contents of memory and the brain, why would they do this? Wouldn’t it be easier to just implant the memory of having spoken to his family the day before, or even dampen his curiosity or feelings of isolation? They can adjust specific memories, what’s to stop them reducing specific feelings and emotions? Something we can arguably do now with medications.

The point it, if you can so specifically manipulate the contents of someone’s memory and mind, you wouldn’t need to construct an elaborate set-up to maintain an illusion; you could do it directly. This doesn’t happen in Moon though, and the whole plot depends on the inability to control the clones with such direct effect.

One alternative is that the original Sam was scanned in such detail that a meticulously precise digital image of his form was recorded and stored, containing all information right down to the arrangement of cells. This information could then be fed into some sort of futuristic biological 3D printer, and an identical copy is produced this way, right down to the connections in the brain which would suggest memories are copied too. It’s uncertain how this clone-creation process would work, but the fact the clones clearly break down after 3 years reveals that, even if they are human, they clearly aren’t as resilient as their natural-born counterparts.

From such simple observations that aren’t even addressed in the film, complex extrapolations can be made, adding layers to the fictional world. And that’s why science is fun.

Written by Dean Burnett
Posted by Jamie Lewis at 04:34